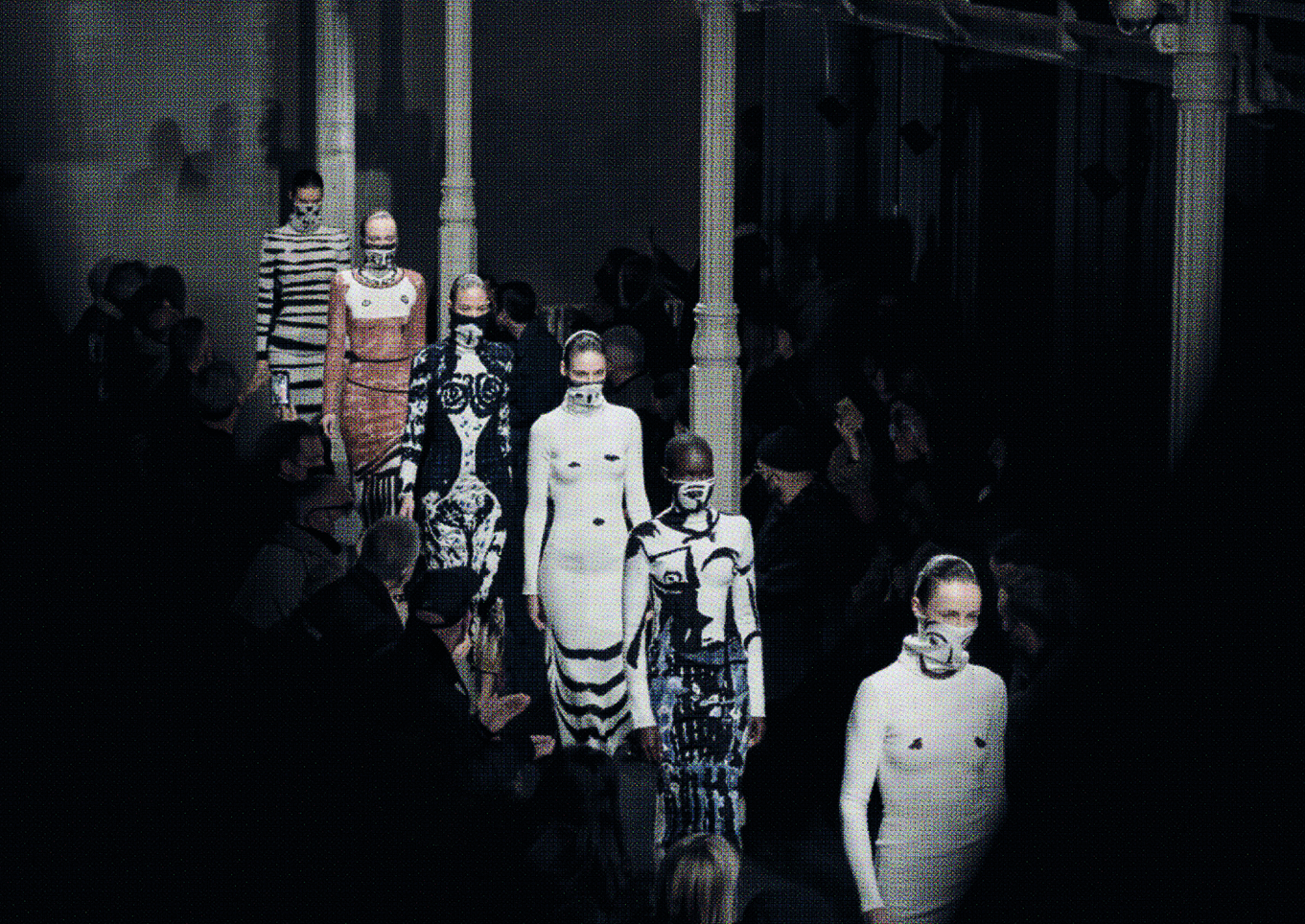 THROUGHOUT his triumphant career, Azzedine Alaïa held a close connection with Pablo Picasso’s artistic world when designing for his synonymous brand. Both of the iconic creators took a closer look at the shifting lines of the body and worked on embracing every curve of the female figure.

Unsurprisingly, when paying tribute to the founder and his admiration for the artist, the house’s present creative director, Pieter Mulier, chose to seize his inspiration from Picasso’s re-interpretation of the Tanagras statuettes.

Depicting dancers, patricians, goddesses and heiresses, these are female figurines created all the way back to the 4th century BC. Their glorious beauty inspired Picasso to reimagine the shapes and turn them into a series of softly carved female dolls.

Almost as living versions of Picasso’s ceramic series, the models stormed down the runway, presenting 6 form-fitting dresses extended with bore necklines that go all the way up, half-covering the face.

One-of-a-kind gowns are limited editions sold only in selected Alaïa boutiques worldwide. They celebrate the artist’s genius concept of giving “birth to women of unique beauty”, while their sensual beauty continues to translate Picasso’s message of movement and shape. “Sculpture becomes couture. The drape becomes a dress. Women remain at the centre of creation”, states the brand’s philosophy. 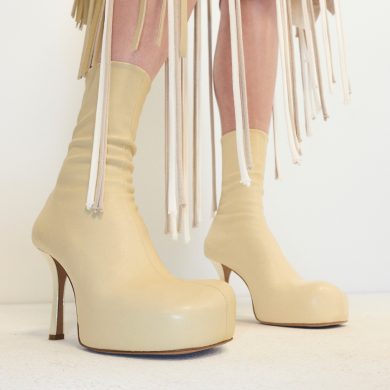