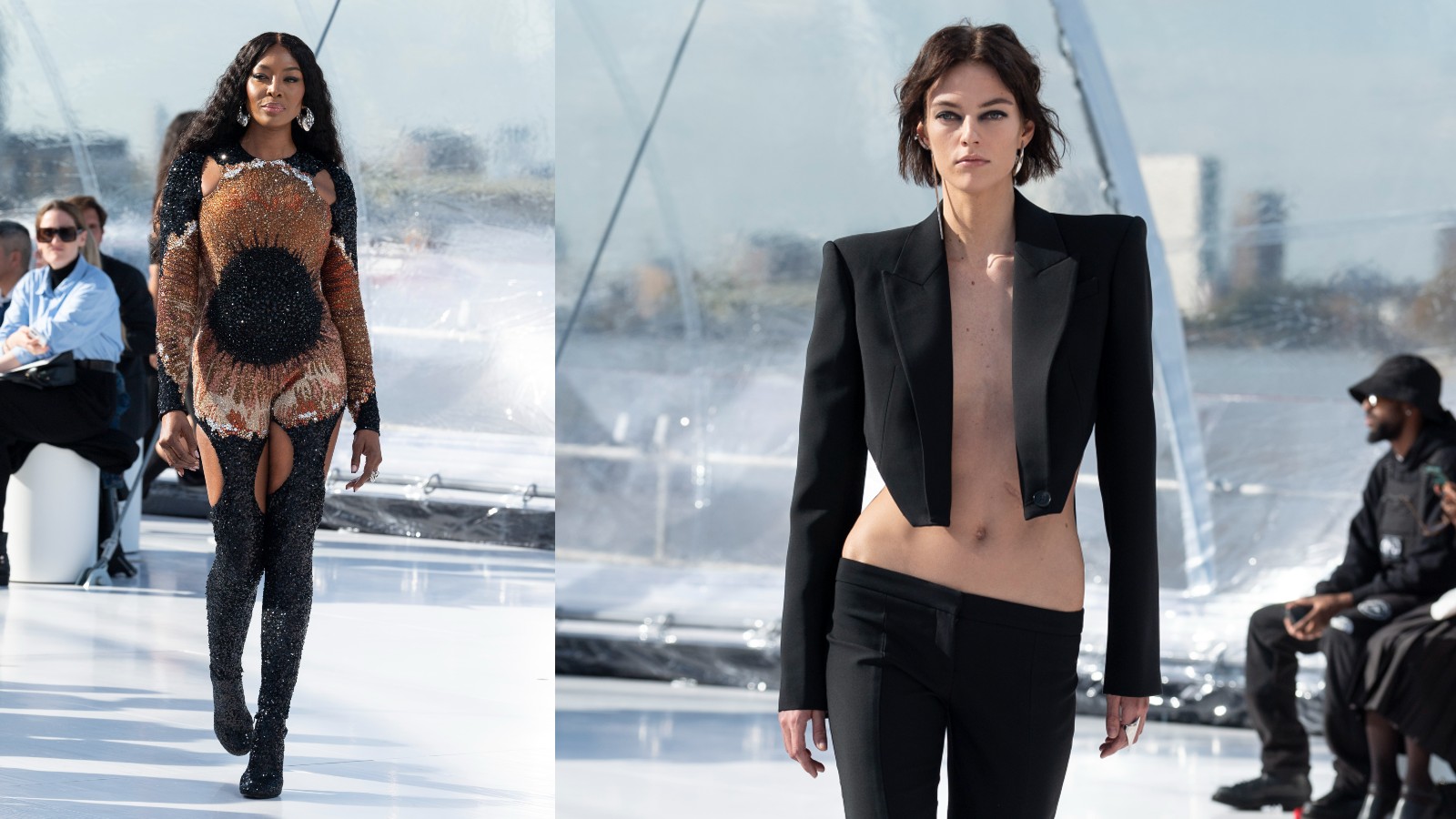 AS THE skyline-risen bubbles, sat within the compound of Greenwich’s Old Royal Naval College, glistened in the mid-October crisp shine, Sarah Burton’s hope for Alexander McQueen’s spring-summer 2023 collection was to make her audience look more internally than externally.

Though the view of South East London and the Thames caused a shuffle of phones to leave pockets and snap the sights up, the meaning behind SS23 was far less about the extravagance of its high-rise surroundings but rather a deep dive into the smaller detailings of everyday. “This collection is about searching for humanity and human connection,” expresses the designer in her show notes.

She clearly wants us to take a closer look not just at what she has presented but around too. Referencing the eye throughout, she explains “The eye is a symbol of that humanity, a register of emotion, an expression of uniqueness”. Taking this idea literally, engineered eyes are blown up on and printed on poly faille on draped dresses, across double-breasted tailored jackets in viscose cady and most notably on a crystallised sequin bodysuit, adorned by Naomi Campbell, with the eye embroidered across the torso.

There are a few nuances intertwined with the heritage and design language of the brand that the design team will likely never stray from, like the tailoring aspect seen in the sliced tuxedo dress, body-hugging all-in-one and suits, but beyond the Savile Row standard eye for precision, this season hones in on the element of empowerment.

“Our clothes are designed to empower”, emphasises Burton. “They are stripped back, dissected and focused on cut, drape and silhouette”. Founded by Lee McQueen on the premise of making women feel like their clothing was a form of armour, Burton formed some new shields for SS23, like the slashed compact knit dresses that make the models look like they have just won a war, and the focus on peek-a-boo cut-out moments adding a sensual, somewhat feminine element to her warrior-like looks.

And while, McQueen may have introduced some new swords to their weaponry, there was a return to some familiar, forgotten treasures. “We also looked at the work of Hieronymus Bosch, at once dark and beautiful”.

Like anything that this British House creates there is always a search for finding the beauty within the darkness – something only those with an eye for looking deeper can uncover. The use of the renaissance paintings and their depiction of nature heightened the motif of sight allowing for the illustrations to wrap around the body in hammered buillon embroidery and white stain stitch, echoing the role of a messenger and pushing us to look beyond the sparkling light.

Evocative of earlier collections by McQueen, the true reappraisal of its history came into full force as the bumster returned to the runway. First arriving in the AW 1993 ‘Taxi Driver’ collection as a pair of low-cut black wool trousers, Burton’s revival of a cut that caused a tsunami of commentary was a fitting, albeit low one, of the modern woman today. Focusing on the wearer rather than the observer the bumster is the ultimate trouser for the time we are living in where contextually women are being stripped of their rights across the globe.

Reflecting the inception of this garment, where Lee was fuelled to design with an archaic purpose and to present a woman who was feared, Burton returned the silhouette to us with her own touch, equally as fuelled with a hope to protect and empower the women that she dresses. 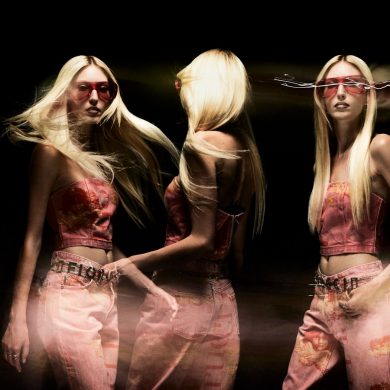 Fiorucci celebrates the launch of AW22 with two exciting pop-ups