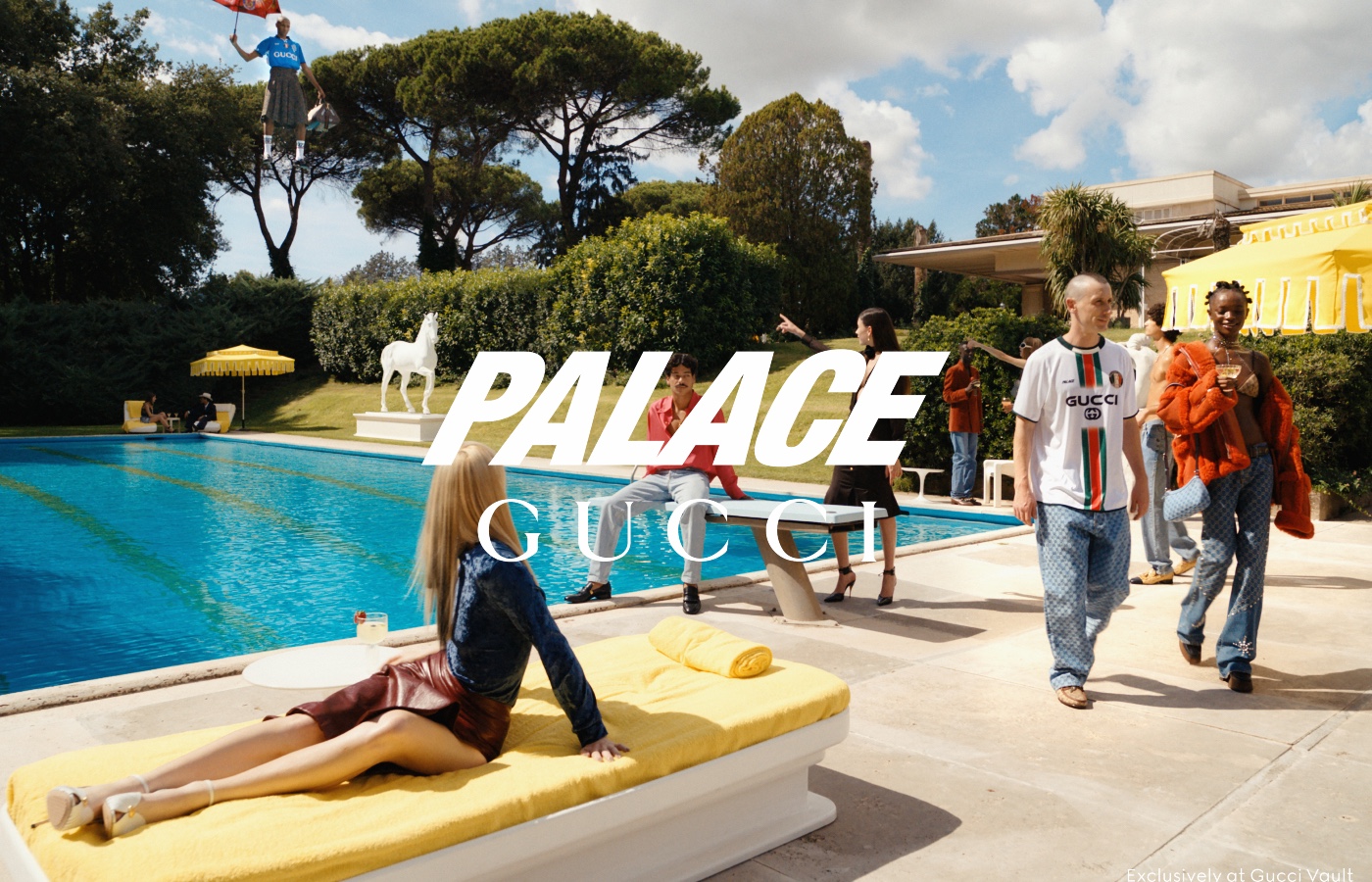 By Ben Sanderson
In FashionMain Features

THE ITALIAN luxury house Gucci and British skatewear brand Palace have merged in a historical collaboration imagined by Alessandro Michele, Lev Tanju and Gareth Skewis. Arriving online this week, the collaboration is predicted to be an immense success, materialising any dedicated hypebeasts long-lived daydream.

Unveiled in a film shot by Max Siedentopf, the collaboration is very much a marriage between the two-brands sensibilities, culminating in a harmonious fusion of iconic brand motifs. The Gucci name is plastered on a Palace triangle logo crossbody bag, and the two logo’s feature alongside one another on a cross-branded motor jacket.

Images from the Gucci Palace campaign

Gucci has certainly become more and more recognised for its collaborations with recent years, including those with Dapper Dan and Balenciaga. The Palace collection serves as the perfect successor to the brands most recent partnership with Adidas, as they transition from sportswear into streetwear for the Autumn season,

Both the campaign film and shoot evoke an irreverent sense of excess, and a tongue-in-cheek humour is infused with the borderline nonsensical inclusion of stuffed animals and aliens. The collection itself perfectly aligns the  care-free energy of the London skater scene, alongside that of contemporary Italian craftsmanship, marking one of the most exciting partnerships of the year.

Next
Gucci and The Savoy announce Gucci Valigeria luggage collaboration 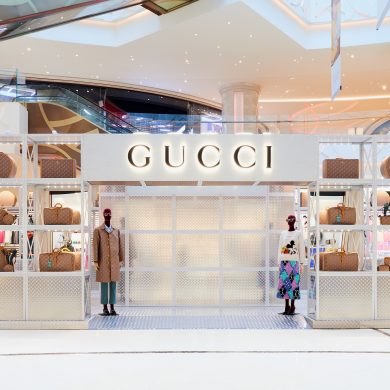