By Ben Sanderson
In FashionMain Features

Glass meets Published By, the emerging accessories designer you need on your radar

THOUGH terms like “statement piece” and “it-bag” are ones often regurgitated relating to fashion’s the next big thing, Austrian-based design house Published By have pretty much mastered the spectacle of a statement, all while throwing traditional design codes out of the window.

Founded in 2019 by University of Applied Arts graduate Christoph Tsetinis, and managed by partner and co-founder Ruby Wallen, the brand experiments with luxury accessories comparable to works of art, or objects from a Denis Villeneuve sci-fi epic. Using a waste-free 3D design process, Published By excel in the production of conceptual creations which transcend the boundaries of what an accessory is or could become.

Ruby Wallen and Christoph Tsetinis – Founders of Published By

Though on the surface they are a fashion-futurist’s daydream, at the heart of the brand there is a strong personality and meticulous craftsmanship which celebrates uniqueness, embraces challenge and separates them from any contemporary. Since their founding, both Tsetinis and Wallen have steadily developed the house into one of the most intriguing brands of today, ideally suited to the customer with a flare for individuality, or simply bag-fanatics looking for a keepsake item that strays from tradition.

Already a favourite of celebrities like Beyoncé, and with products soon to appear on our screens in the third season of Netflix’s Emily in Paris, we caught up with the enigmatic designer ahead of what is sure to be an incredibly exciting year.

I guess a good place to start is right at the beginning, what sparked your ambitions to create a luxury accessories brand?

It kind of started when I was working for Alexander McQueen and finished my studies with Hussein Chalayan, who was my professor at university. I was so excited I had the opportunity to learn from him, and I found this urge to do something for myself, but it wasn’t planned as such. I got an offer from the Austrian Fashion Association to present my work, then they offered me the chance to receive a grant. I always loved accessories and bags and jewellery, and I had just left this amazing brand and now had this opportunity ahead of me so I thought, great, lets go from here. That’s how it all basically started.

Is there any reason in particular why you’ve chosen to focus on otherworldly, futuristic types of aesthetics?

Yes – well, I think aesthetics are in your core. I always loved the McQueen aesthetics, and I’ve been inspired by architecture my whole life, so these elements definitely influence me the most. What happened with us is that we did quite classic handbags in the beginning, and then we thought, who needs that? Not me, I don’t care. So, I started designing different styles and using 3D printing to create them.

We developed this outer shell, and then Ruby and I were on holiday and I saw all of these gorgeous stones and rock formations and thought, why not push the designs further and create these types of shapes in a wearable product? I had this urge to make something really unique and new, but you have to look at it from both ways, because it’s okay saying I want to make this really amazing product but is it actually possible? I wanted to take these inspirations as well as my love for science-fiction and underground rave culture, and I think it just all came together. My love of nature, but also my love for techno and house music, it all kind of just popped out to be honest.

You have really interesting names for some of your products, are there any stories behind them?

Sorry to embarrass Ruby, but the story behind Ruby’s Lost Stone bag is that she has a tendency to lose her keys, so I created a bag that has the size and shape to perfectly fit your keys and a wallet. That’s why it’s called Ruby’s Lost Stone because she’s always losing everything. And then the Mayzie Bag for example, that is named after Ruby’s sister, I thought it suited her energy really well because she lives in Melbourne and it’s quite an urban design.

The Phil’s Third Eye Bag is named after my brother, Phil. He is really artistic and I always said he had a third eye, and so this was made as an homage to him. So behind every bag or product is a person or a place, and I really like having these meanings behind what I create.

I know your design process eradicates the idea of unnecessary waste, can elaborate on your environmental ethos?

Yes I mean we’re trying to push our leather products into a more sustainable alternative, but we’re trying to be careful because we don’t want to settle for something that has been green-washed.

Of course, I mean how many times has there been new sustainable innovation in fashion only for the actual environmental impacts to be revealed soon after?

Exactly. We’re doing our first tests with recycled leather so products will be 75-80% recycled. You always have to do what you can do, and with us the design process is so efficient that we don’t waste anything. When it comes to production and the bags as well, like for example Ruby’s Lost Stone, we use a click system, and that mechanism is made out of recycled car parts, and the interior is a plant based fabric. We’re also developing different surfaces so the glazing is water based. We’re working with what we have and also seeing what we can find.

So on that note, how do you respond to the increasing digitalisation of the fashion industry?

There’s the romantic story and then there is the truth. The thing is, what we do is possible because we have a digital approach, we couldn’t do it otherwise. The romantic part happens at the beginning where we have this beautiful story, but then we have to push it. I think the digitalisation of fashion will happen, but it depends where and how. For us, being digital means we can create what we envision, and that we can present it to our customers in a really realistic way.

Back to a very real world event, how did you react when you found out Beyoncé wanted to wear the Mayzie Bag?

It was so cool! The Austrian I am, I didn’t believe it, I was like no way. But it was surreal. I started designing garments because of the Crazy in Love video, that isn’t even a joke. But her stylist requested the piece, and sometimes you can be waiting around for weeks and months before they get the chance to use it, and I was out for drinks with Ruby one night and then we decided to go to McDonald’s, its the most unsexy thing ever, and Ruby was like “She’s worn it!”. I slept really well that night because I was so mind-blown. It really was a dream come true and such an honour, to have somebody like her wearing our bag, it is hard to describe the feeling.

As we’re about to enter a new year, how can you see things developing both for yourself and the brand in 2023?

We’re working on a lot of collaborations that are coming up which is insanely exciting. Working with a lot of different creatives was always the goal of Published By, and also how the name came about, as in Published By…whoever. But also, the community is growing constantly and I’m so grateful for that. Like every time someone buys something on e-commerce I want to light a candle in their honour, like thank you for being a beautiful human being who bought a bag that looks like a stone. I always can’t believe it, but watching the community grow and anticipating these exciting projects is really what I’m looking forward to. 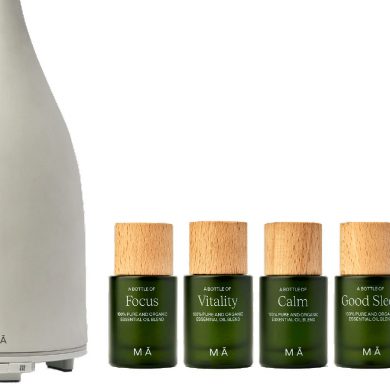