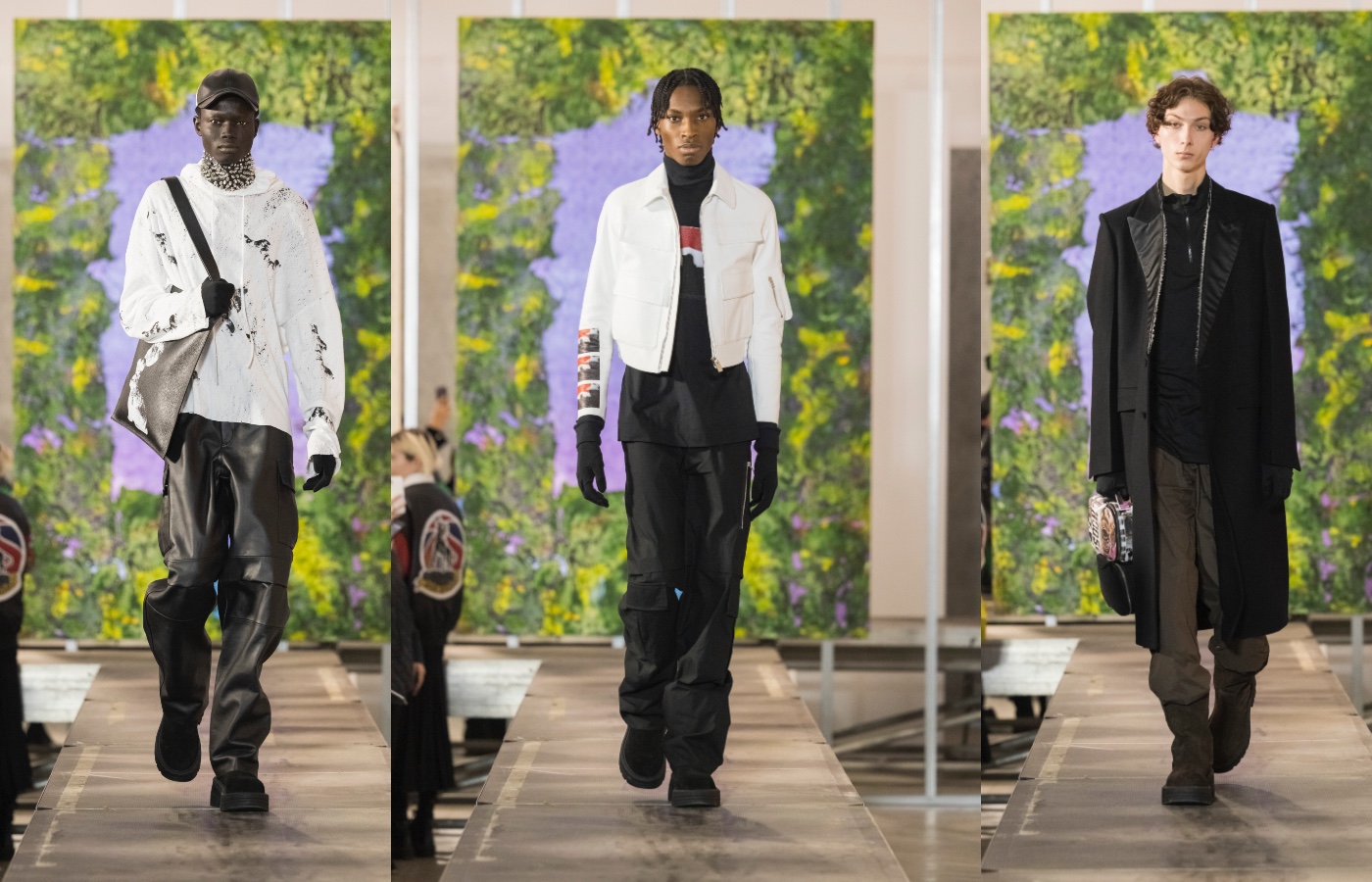 It is seldom to see a 1017 Alyx 9SM collection without some injection of technicality. For the AW23 show, Williams marries innovative fabric manipulation techniques with good old-fashioned artisanal know-how, infusing an additional layer of complexity to garments which may otherwise seem rather simplistic.

A selection of hoodies, t-shirts and trousers all underwent selective design techniques, including dyeing, washing, printing and burning, only to then be intensely hand-distressed by Italian artisans. Other pieces had been distressed in specific, localised areas, which see small proportions of the fabric weathered which will in turn transform and adapt to the wearer and the frequency the garment is worn.

In contrast to the perhaps more delicate pieces, are garments constructed out of leather with crease under the weight of itself, and expertly constructed outerwear pieces which, upon reflection, seem certain to last the test of time. The balance between hard-wearing materials and those which require more care and appreciation balance each other out, and pair with one another harmoniously.

Further enhancing the elements of modernity, Williams introduces the work of Mark Flood, with selected pieces boasting prints of some of his more recognised works, as well as graphics designed especially for the collaboration. The more artful creations sashay down the runway alongside outfits reminiscent of sportswear, which re-introduce the body-hugging functionality seen in previous 1017 Alyx 9SM collections.

For the AW23 season we are also introduced to a series of new bags, including the Payton, arriving in smooth, textured, and hand-painted leather, and the Raya, coming in a variety of vegan-leather iterations. Both bags continue the artistic narrative presented by Flood and will feature some of the bespoke graphics seen throughout the collection. The new designs also see a reinvention of the Alyx hardware, which further elevates their position as statement pieces. 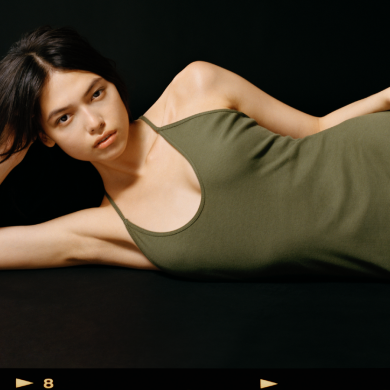