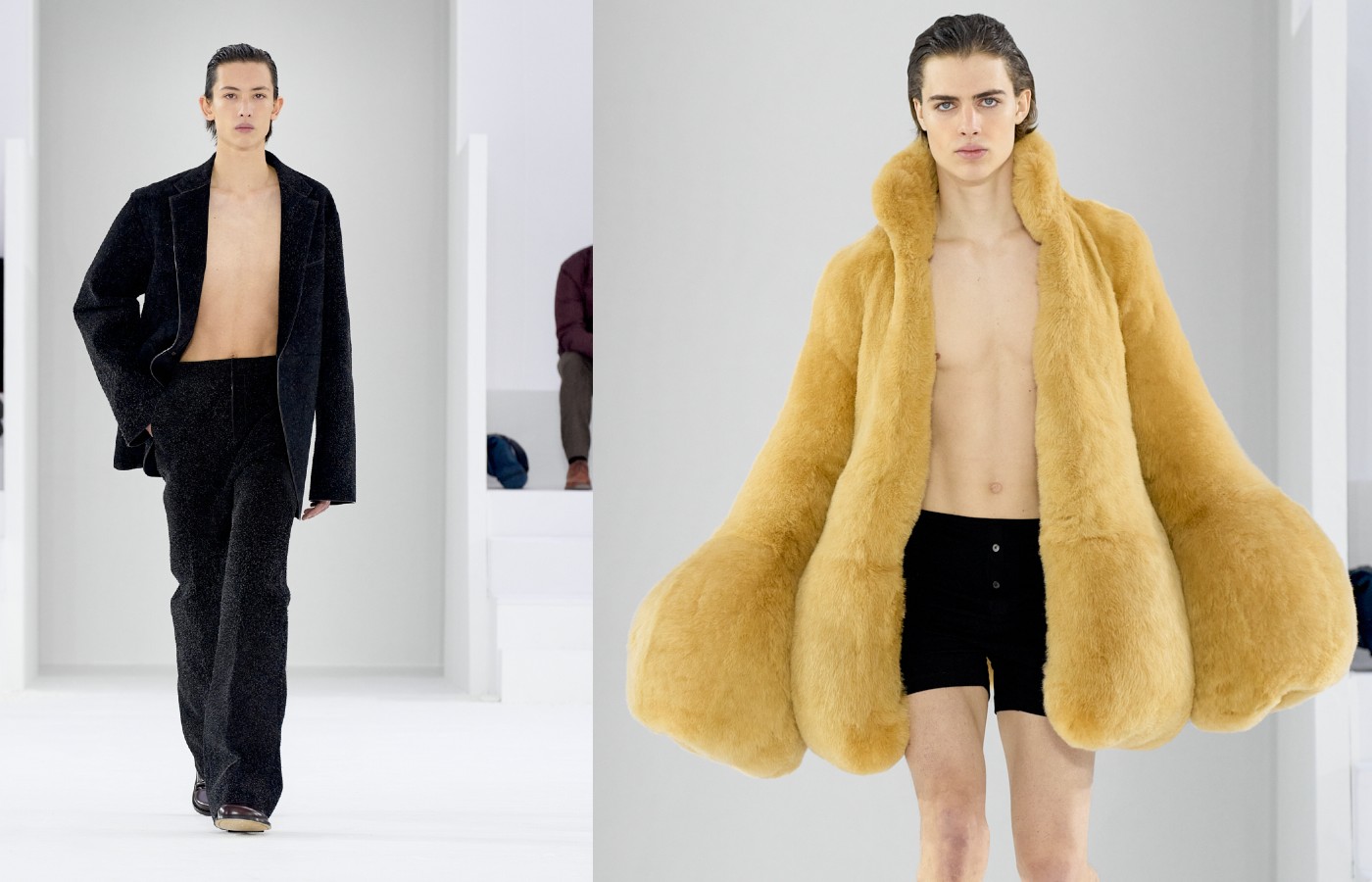 NO ONE likes turning down the noise more than Jonathan Anderson. It almost seems avant-garde his reductionist view on fashion as it is so focused on each garment that turning the dial down close to mute seems like the only appropriate way to digest Loewe. Meticulous about design and material choice, Anderson’s approach to autumn-winter 2023 was focused on the reaction between silhouette, fabric and colour.

It’s this very explosion of proportion that has become a signature of the Irish designer, pushing past the tacky nature of logo-mania and straight into the power of aesthetic that can influence an entire chapter of a brand.

The choice of using leather, reiterated wool and suede stems into Loewe’s humble beginnings while satin, copper and parchment echo the subtle beat of the designer’s craving for innovation within design. Bringing the old masters back into the spotlight and utilising the same materials they did when painting, there is a juxtaposing power found in bringing the traditional into something out of its ordinary habitat.

American artist Julien Nguyen, known for his combination of oil, tempera and gesso on top of a base of copper and vellum, spurred a conversation between the designer and creative about the old techniques. The decisions made by Nguyen are further elaborated by his influence of early Renaissance art and science fiction, differing subject matters and yet together they create the iconography of the collection.

As head turning as the styling was, or due to the very little nature of it, pairing the money-making pieces with nothing but some underwear on may have been a questionable decision but it did keep our focus on the glorified touches of Anderson and the Loewe craftsmen. Taking this idea of one-great-garment-is-enough, the less is more approach is not only fashion forward but finally allows us to realise that true fashion is an impeccably created piece and not a full look. 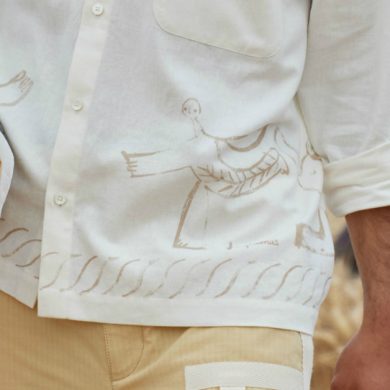